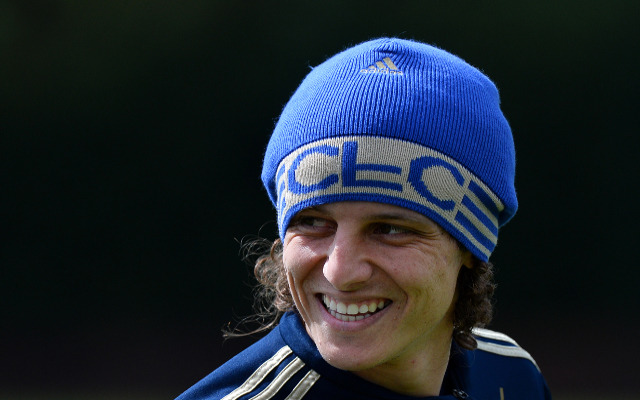 The Brazilian is seen by Gerardo Martino as the answer to Barcelona’s defensive problems.

Chelsea defender David Luiz has become Barcelona’s one remaining transfer target this summer, with the La Liga Champions not wanting to pursue any other defenders, Marca reports.

While the club have been linked with several other centre backs, including Liverpool’s Daniel Agger, Luiz is their main target and the only player who they truly feel can fit in at Nou Camp.

The Brazilian has been heavily linked with a move away from Chelsea this summer, with some reports earlier in the transfer window suggesting that Jose Mourinho is happy to cash-in on the player as the Brazilian doesn’t fit into his style of play.

The Portuguese coach has recently played down those reports but if Barcelona make a big enough offer, Chelsea could be tempted to accept it as they have plenty of cover at centre back.

Luiz is believed to be interested in a move to the Nou Camp as he feels that he will get more first team opportunities at Barcelona, which is important to him as he wants to playing for Brazil at next years World Cup.

The Brazilian’s agent is set to try and persuade Chelsea into selling Luiz while Barcelona offer the Blues 35 million euros for the defender.