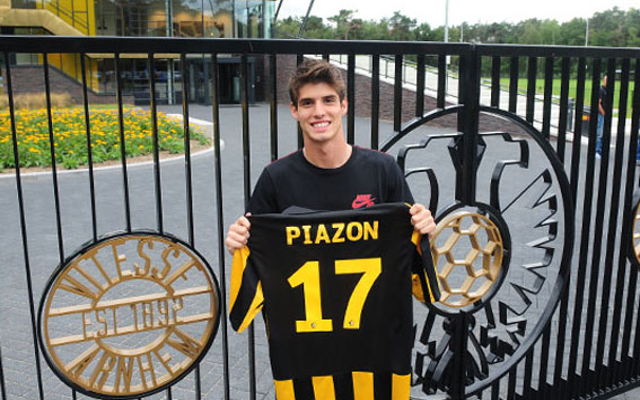 Chelsea youngster happy with decision to move.Chelsea starlet Lucas Piazon is feeling confident that he has made the right move for his career by joining Chelsea feeder club Vitesse Arnhem on loan this season, Sky Sports reports.

He made just three first team appearances for the Blues last season and spent the second half of the season on loan at Spanish side Malaga. He is expected to make his debut for the Dutch side in this weekend’s clash with Roda JC Kerkrade and has expressed his excitement at spending the season in the Eredivisie.

“Vitesse is the right club for me to join,” the Brazilian told Vitesse’s official television channel. “I hope to play a lot here.

“The Dutch Eredivisie is a league where I can show what I am capable of.

“The last half year in Spain was a good experience, another type of football than I was used to in England. Therefore, I learned a lot.”

Piazon has been consistently compared with compatriot Kaka, though he feels differently to the majority and has insisted otherwise.

“We are both Brazilian and came from the same club. He is more a midfielder and I am an attacker,” he added.

“Kaka, however, is my idol. As a young player, I really look up to him. The comparison is mainly because of our looks.”