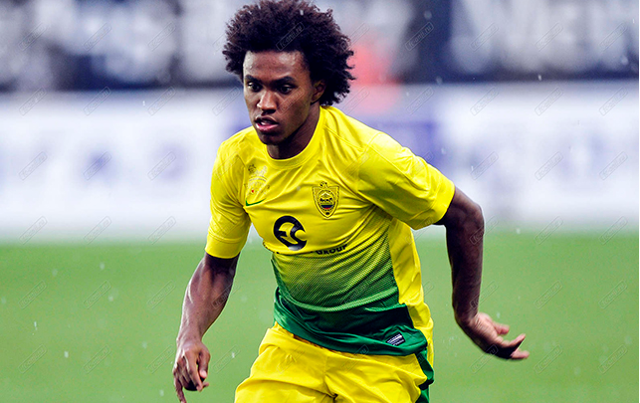 Reds are in urgent need of finding a big-name replacement for the wantaway Suarez.

The Merseyside giants are said to be already bracing themselves for the departure of star man Luis Suarez, with the Uruguay international on the verge of joining Arsenal in a British-record transfer deal, and that transfer is still expected to take place before the summer transfer window closes for the year on Sept 1.

And the Reds are determined to use the proceeds from the sale of the forward to reinvest in the capture of a world-class replacement, with the coveted Brazil international believed to be top of head coach Brendan Rodgers’s current wish list.

However, Liverpool and Rodgers know that they will face stiff competition for the 25-year-old’s signature from at least one other Premier League rival, believed to be Tottenham, although there have also been reports in the last few days that both big-spending Chelsea and Manchester City may be interested in the highly-rated playmaker.

Either way Willian, who only joined Anzhi from Shakhtar Donetsk  in January for a fee of 35m euros and has a contract with the Russian outfit until 2017, is set to cost a whopping £35m despite just one goal for his new club in his 12 appearances for them in the second half of last season.