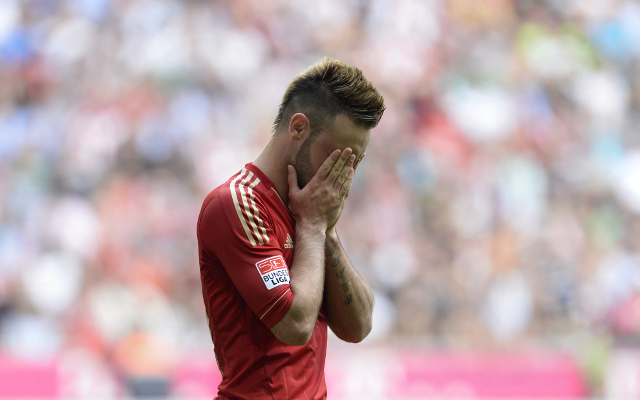 Merseysiders want competition for Enrique at Anfield next season.

Liverpool’s chances of signing Bayern Munich defender Diego Contento depend on whether or not the Bundesliga champions sell Luiz Gustavo to Arsenal this summer, according to reports in the Daily Express.

The Reds head coach Brendan Rodgers has made the signing of a new left back his number one priority of the remaining time left available to him in the close-season transfer window, which closes for business for the year on Sept 2.

The Northern Irishman wants back-up for first-choice full-back Jose Enrique at Anfield next season, and has targeted the £1.5 million-rated 23-year-old.

However, reports in German sports daily Bild have suggested that the Uefa Champions League holders are only willing to allow one of either Contento or Gustavo to depart the Allianz Arena this summer, but not both, with the Bavarian giants said to be conscious of the number of games they will be required to play next season and hence the need for a large squad.

But if Gustavo’s move to north London does fall through for some reason – the Gunners lodged a bid of £17.2m for the Brazilian on Monday and are now waiting to hear back from Bayern – then Liverpool will be able to move for Contento, who has made just 39 league appearances for the club in the last three years.