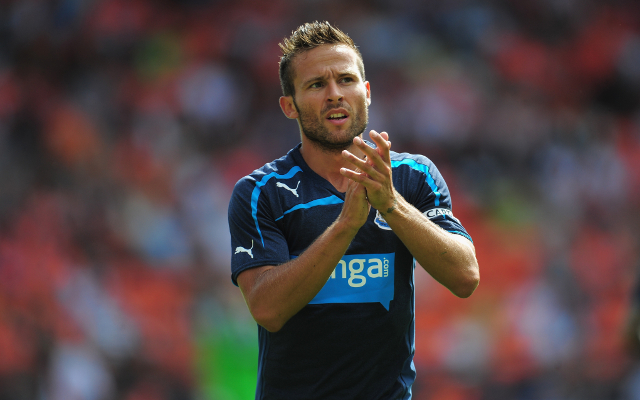 French champions PSG are not done with their summer spending yet, and could be about to launch a double swoop for Barcelona full-back Dani Alves and Newcastle midfielder Yohan Cabaye, according to L’Equipe.

New manager Laurent Blanc has already managed to bring in one of the signings of the summer in Edinson Cavani, and is determined to improve even further on the side that won Ligue 1 under Carlo Ancelotti last season.

Despite their domestic triumph, they were knocked out of the Champions League at the quarter-final stages, losing on away goals to Barcelona, and they have ambition to become a force on the European stage as well.

Newcastle boss Alan Pardew admitted yesterday that there is serious interest in Cabaye, and he is concerned that he may be forced into selling his star player without long left in the transfer window. The French playmaker has also been previously linked with Manchester United and Arsenal.

Meanwhile, Alves has been linked with a move away from Barcelona for much of the summer, though he appears committed to the club as he has tried to persuade his international team-mate David Luiz to move to the Nou Camp from Chelsea.

PSG have also brought in Lucas Digne and Marquinhos this summer.