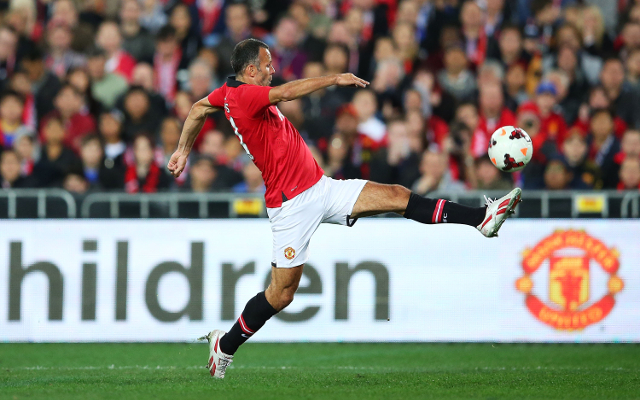 Manchester United’s veteran midfielder Ryan Giggs believes that the current Red Devils side has enough quality to defend their Premier League title, with or without new signings reports the Evening Standard.

The 39-year-old was part of the United side that won the Community Shield with victory over Wigan yesterday to give new boss David Moyes his first piece of silverware.

The former Everton manager has so far failed to land the marquee signing he has been chasing all summer with only Crystal Palace youngster Wilfried Zaha arriving at the club despite a public pursuit for Barcelona midfielder Cesc Fabregas.

However Giggs is still confident that his team-mates who delivered for Sir Alex Ferguson last season can produce the goods again for the new boss at Old Trafford.

“The quality is in the squad,” said Giggs, who made his 21st appearance at Wembley yesterday.

“We showed that last year. Now we have to show it again.

“It has been a slow transfer window. Manchester City did their business early on but, other than that, there has not been a lot of movement so it could be a hectic last two weeks.

“We will just have to wait and see how it goes but we are quite happy with the players in our dressing room.

“We won the league with those players so we are looking forward to the start of the season.

“If we sign someone – great. If not we will just get on with it.”

Speaking to Sky Sports after the clash at Wembley, he added: “This club’s all about winning trophies and competing for trophies.

“You can’t win every year, but we want to compete and give ourselves the best chance. That’s what we’ve done over the years. We’re the champions, we know how hard it is to defend it and we’ll do our best.”