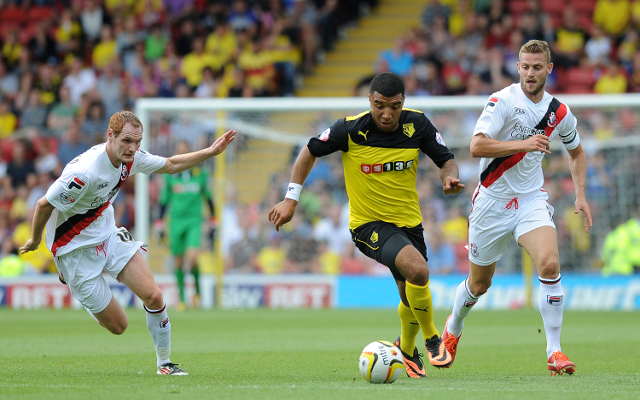 North Londoners are short of attackers at the Lane ahead of the new top-flight campaign.

Tottenham Hotspur have emerged as surprise candidates to sign £5 million-rated Watford front man Troy Deeney this summer, according to reports in the Daily Mail.

And that would mean Tottenham being short of forwards up front next season, hence the Portuguese’s apparent new interest in the prolific Hornets attacker.

However, Spurs know that they face stiff competition for Deeney’s signature this summer from fellow London-based Premier League sides West Ham United and Fulham, who have both also expressed an interest in the 25-year-old.

Deeney has been at Vicarage Road since August 2010, when the marksman arrived from Walsall on a two-year contract for an initial fee of just £250,000, although that could ultimately rise to as much as £500,000 depending on certain add ons.

And in the intervening three-year period, Deeney  has gone on to score 36 goals in his 121 league outings for the club, including four strikes already in the opening two games of the new Championship campaign.