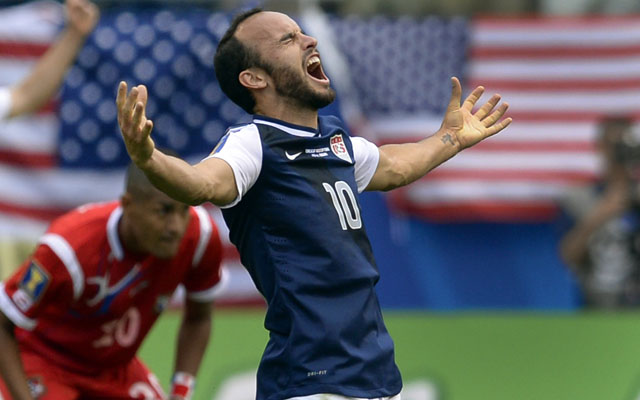 Donovan blames poor defence and goalkeeping after his hat-trick was only enough for a draw against FC Dallas.

LA Galaxy fans have been thinking it for a while – now a player has finally come out and said it.

The LA Galaxy’s defence, along with goalkeeper Carlo Cudicini, have simply not been good enough this season, and now Galaxy legend Landon Donovan has publicly called them out on it.

Donovan put in a tireless shift against DC United on Sunday night to grab a hat-trick away from home, but thanks to some blundering Galaxy defending they were only able to draw – a sickening 86th minute equaliser from Blas Perez compounding the forward’s misery.

In Donovan’s post-match interview he made it perfectly clear where he felt the Galaxy’s problems lay, and who could blame him?