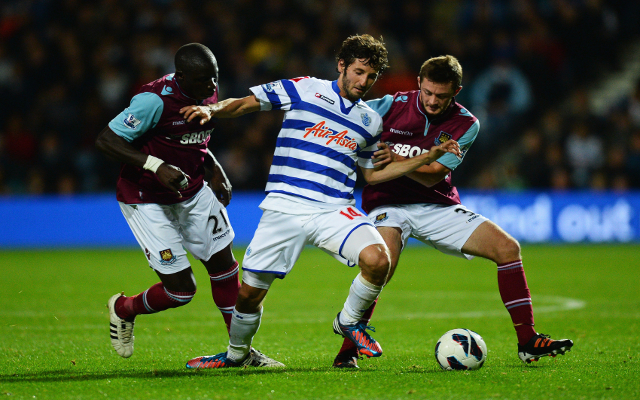 Fulham look set to do battle with Real Sociedad over the loan signing of QPR midfielder Esteban Granero, reports the Daily Mail.

QPR boss Harry Redknapp has accepted the fact he cannot afford to keep most of his highest earners at the club while they are in the Championship, and has already let go on striker Loic Remy on loan to Newcastle and sold Chris Samba back to Anzhi Mackachkala this summer, and has made a number of other players available for transfer, including Stephane Mbia, Samba Diakite, and Esteban Granero.

The Spanish midfielder joined QPR last summer from Real Madrid and has impressed, but is now demanding a move away from the London club, with Premier League club Fulham, as well as La Liga outfit Real Sociedad, keen on signing him on a season-long loan. Both clubs will do battle to sign the 26-year old, who is open to a move across the capital, as well as back to his homeland Spain.

Real Sociedad can offer Granero Champions League football, which cannot be matched by Fulham, but having already signed Adel Taarabt on loan from the Hoops this summer, they hope they can return to Loftus Road and complete another loan deal with the club.

Fulham manager Martin Jol wants to make his side younger and more creative in midfield, and the addition of Granero would bring in some much need attacking flair. QPR have also removed defender Anton Ferdinand from the wage bill, with the former West Ham man signing for Turkish side Antalyaspor on a three-year deal.