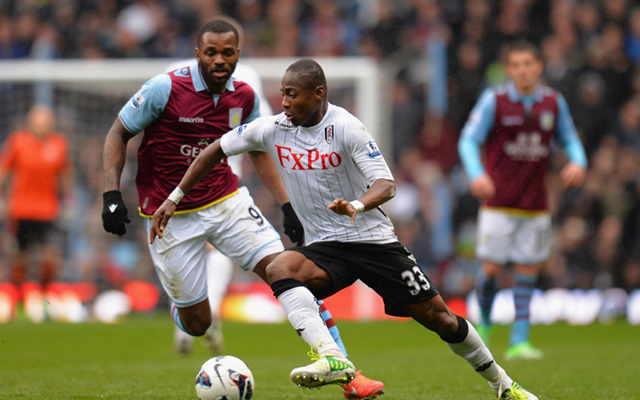 Cottagers back in the hunt for midfielder.

Fulham have confirmed that they have held talks with Ajax over the possible return midfielder Eyong Enoh, but so far the two clubs have yet to agree a deal, Sky Sports reports.

Enoh linked up with the Cottagers during the January transfer window and spent the latter half of the season on loan with the Premier League side, and now manager Martin Jol has expressed his desire to bring him back after he featured and impressed nine times from the middle.

However, Jol is not thought to be keen on matching Ajax’s valuation of the player, which is believed to be around £3 million.

Enoh’s agent Stephan Brandli confirmed to Sky Sports that talks were ongoing between the two clubs.

“As I understand there have been talks between the two clubs, however, Martin Jol, who knows Ajax very well, is not willing to pay the current price,” Brandli said.

“Eyong enjoyed his time at Fulham and did well, and of course he would love to go back.

“Ajax coach Ronald de Boer has gone public to say that Enoh can leave, and he does not want to sit on the bench at Ajax so he is hoping that something can happen.”

Brandli did admit that there was interest from elsewhere in England, and added: “We have heard of a few more teams in the UK are interested.”