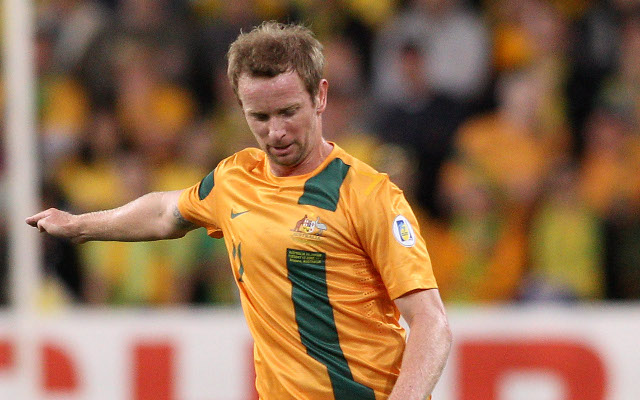 Andy Roxburgh, a former UEFA Technical Director, met Osieck when the German was carrying out a similar role within FIFA.

Speaking to News.com.au Roxburgh said: ” The manager of Australia is a very close friend of mine and I discussed (Carney’s) situation with Holger Osiek, and obviously discussed them with Tim (Cahill) because he has been Tim’s teammate on many occasions.”

“The boy’s got quality. He provides what we are looking for. We need depth on the left hand side and he can play either fullback or midfield, even as a winger.

“We will have to make sure we check him out right away but what we do know is that he is an athlete, he is naturally fit.”

The Red Bulls have taken a risk on Carney who has been without a club for 12 months.

The much travelled midfielder will be delighted to have found a home with a fellow Socceroo and given that it’s a world cup year, even more delighted with Holger Osieck’s glowing recommendation.

Red Bulls host Philadelphia Union on Saturday in the third match of the MLS Campaign.