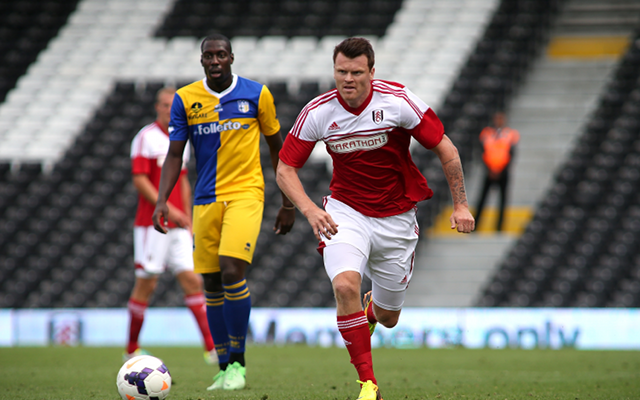 Norwegian defender still unsure as to what the future holds.

Fulham defender John Arne Riise has said that it is not a foregone conclusion that he will be leaving Fulham but has expressed his desire to head back home before calling time on his career, Sky Sports reports.

Earlier in the year the 32-year-old had admitted that a move away from Craven Cottage could be a possibility this summer and confirmed that there was a deal in place for him to exit the club on a free transfer with Bundesliga outfit Werder Bremen waiting in the wings to make him an offer.

However, no deal has been put in place and the former Liverpool man could yet still find himself central to the club’s plans as they kick off their Premier League campaign against Sunderland this weekend.

“The pre-season has been good in all aspects,” he said.

“I am looking forward to fighting for league points again. We will see if that is at Fulham or somewhere else.”

Riise also admitted that he still hopes to stay abroad for another few years before bringing the curtain down on his career in the Tippeligaen.

He added: “The plan is to stay another two or three years abroad.