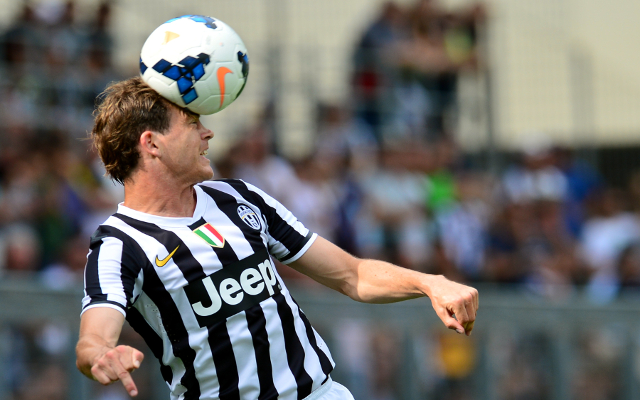 Emirates Stadium side close in on Serie A defender.

Juventus are set to allow experienced Swiss international Stephan Lichtsteiner to join Arsenal as the Turin based side look to fund a move for Ajax playmaker Christian Eriksen according to the Daily Express.

Arsene Wenger is reportedly keen on beefing up his right sided defensive options, with Bacary Sagna having only a year to run on his current deal and seemingly seen as a potential central defensive option and youngster Carl Jenkinson perhaps still being too raw for a regular first team spot.

This source claims Arsenal were linked with a £12m bid for the 29 year old Juventus man earlier this summer and are now being encouraged by the Serie A title holders to re-ignite their interest in the former Lazio man.

Stephan Lichtsteiner has been a key part of Juventus’s consecutive Serie A title triumphs, making 70 starts in his two seasons at the club, but boss Antonio Conte may now be looking to bring in more youthful alternatives and has been linked with a move for young Dutch international Daryl Janmaat.

Arsene Wenger is still to bring in a high profile summer signing, his only addition thus far coming in the form of French Under 20 international Yaya Sanogo.

One wonders if Wenger would be willing to pay as much as £12m for a player closing in on his 30th birthday.