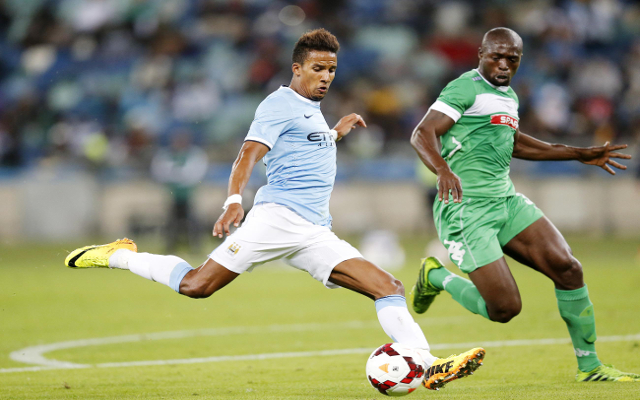 Sinclair has struggled to break into Manchester City’s first team and now wants a move to an established Premier League club.

Liverpool could be set to make a surprise move for Manchester City flop Scott Sinclair, the Daily Star reports.

Sinclair signed for City last summer but struggled to break into the clubs first team, only making a handful of appearances for the Sky Blues.

The winger is now actively looking to move away from the Etihad and it had been thought that a deal with West Brom was close.

However, the Baggies are unwilling to pay City’s valuation of the winger and are trying to negotiate a better deal with the Sky Blues.

This appears to have let in Liverpool, who are in the market for a winger after they sold Stewart Downing to West Ham on Monday.

A leading bookmaker has slashed the odds on Sinclair making a move to Anfield this summer from 66/1 to 5/4, meaning the likelihood of Liverpool making a move for the winger has increased dramatically.

Sinclair may like the opportunity of moving to Liverpool and working with Brendan Rodgers again.

The pair struck up a strong relationship during their time together at Swansea and the Northern Irish manager may give him a chance to shine at Anfield.