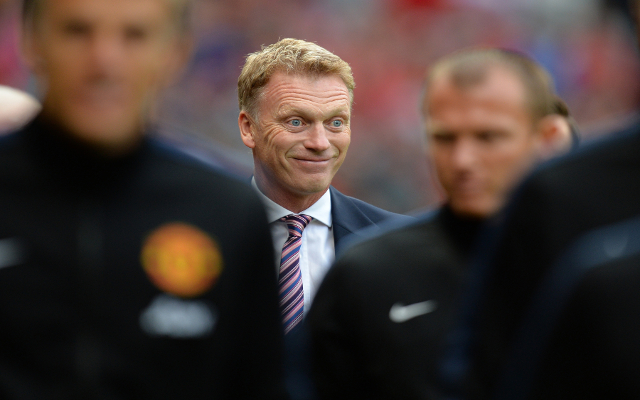 Red Devils are desperate to land a marquee signing before the window shuts on Sept 2.

Premier League champions Manchester United are ready to hijack Real Madrid’s attempts to sign Tottenham Hotspur midfield player Gareth Bale this summer, and the Red Devils are prepared to offer front man Javier Hernandez in part exchange for the Welshman according to reports in the Daily Star.

It had been expected that the 24-year-old would be leaving White Hart Lane for the Spanish giants before the close-season transfer window closes for business on Sept 2.

However, as yet los Blancos have been unable to agree a deal with the north London club for the Wales international, with Tottenham understood to be demanding a world-record transfer fee of £87 million to be paid in full for their star man.

And with the Liga outfit currently struggling to raise the funds to land Bale, it appears as though United may be about to steal a march on their rivals from the Continent by launching their own raid for the coveted playmaker.

United have so far failed to sign any significant new players ahead of the new Premier League season, but the club are hopeful that by meeting Spurs’ financial demands for Bale, they can tie up a deal for the wide man before the start of next month.

And that deal is set to include Mexico international Hernandez, who has scored an impressive 50 goals for United in just 117 matches in total in the last three years.