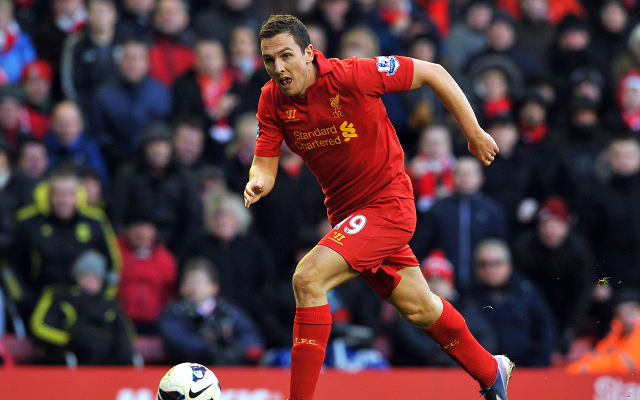 Winger looking to return to national team set up.

Prospective West Ham United winger Stewart Downing is looking to return to the England national side ahead of next summer’s World Cup and believes his transfer to east London will help him achieve his dream, the Daily Mail reports.

The 29-year-old completed a medical with the Hammers on Monday and will likely put pen-to-paper on a deal shortly after that will cost around £6 million – representing a £14 million loss on the fee Liverpool paid Aston Villa for him in 2011.

The move will follow the £17million capture of Andy Carroll, and it will mean Hammers boss Sam Allardyce will have spent £23million signing two players who cost a combined £55million when they went to Anfield.

Downing featured in all but nine of Liverpool’s Premier League encounters last term, but was unable to recapture any of the form that saw Kenny Dalgleish spend so handsomely on him two years ago, and new boss Brendan Rodgers decided to ship him out because he didn’t see him breaking ahead of new signing Luis Alberto.

His last appearance for the national side, for whom he has 34 caps, came in May 2012’s friendly encounter with Norway for a Euro 2012 warm up. He has since lost his place in the side but he is now hoping an extended run with West Ham will be enough to propel him back into the side for next year’s World Cup.