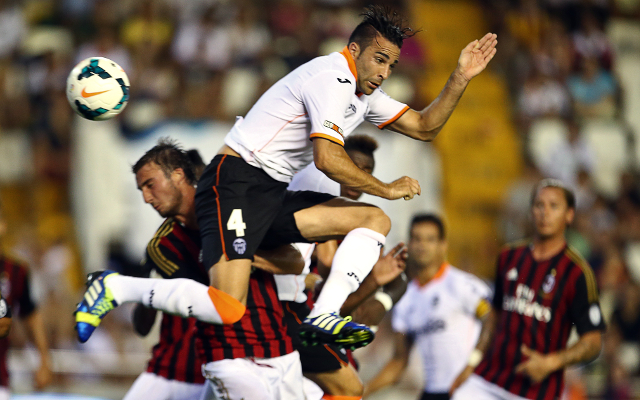 Manager Andre Villas-Boas is keen to bring in another defender this summer following the sale of England international centre back Steven Caulker to Cardiff earlier in the window, and have registered their interest in France international defender Adil Rami, who is also a reported target for league rivals Arsenal.

Valencia are willing to sell the 27-year old this summer at the right price, and are demanding £9.5million for his services. Rami is open to the idea of moving to White Hart Lane and relishes the chance to play in the Premier League, but Fiorentina sporting director Eduardo Macia has been working hard over the last week to try to persuade him to choose a move to Italy instead.

Arsenal are also keen on signing Rami this summer, as they look for cover for first choice centre back pairing Laurent Koscielny and Per Mertesacker, having loaned out Johan Djourou to German side Hannover, but deem £9.5million too much. With no one establishing themselves as first choice partner to Jan Vertonghen at Spurs, Villas-Boas sees competition as a good thing.

Spurs have failed to bring in a number of centre back targets already this summer. Having thought they agreed a deal to sign Tin Jedvaj from Dinamo Zagreb this summer, the player opted to join AS Roma, and they have recently failed with a bid to sign Romanian international defender Vlad Chiriches.