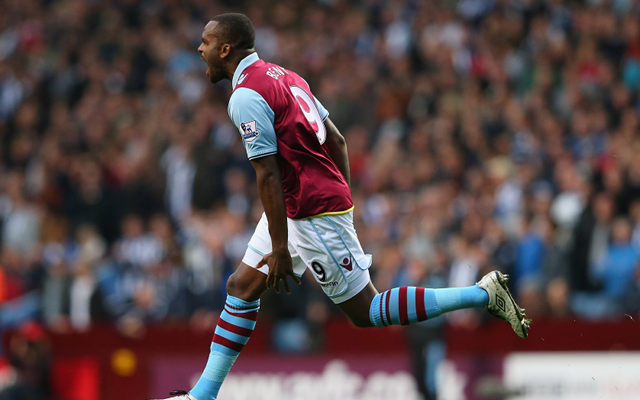 Aston Villa striker Darren Bent is close to sealing a move away from the club, as he undergoes a medical ahead of a £5million move to Fulham, Sky Sports claims.

The 29-year-old had a difficult season last year, finding himself frozen out by Villa boss Paul Lambert and spending most of his time watching from the bench.

The England international had been the club’s record signing in 2011, and it was something of a surprise to see the prolific forward dropped by Lambert in favour of young duo Christian Benteke and Andreas Weimann.

However, as the pair shone for Villa and helped steer the club away from relegation, Bent became an increasingly peripheral figure at the club and looked certain to leave this summer, with the likes of Crystal Palace said to be interested in taking him on loan.

But it now looks like Fulham have won the race for his signature, and he will link up again with his former manager from his days at Tottenham, Martin Jol, in a bid to revive his Premier League career.

He will also look to form a potentially dangerous strike partnership with another former Spurs player, Bulgarian striker Dimitar Berbatov.