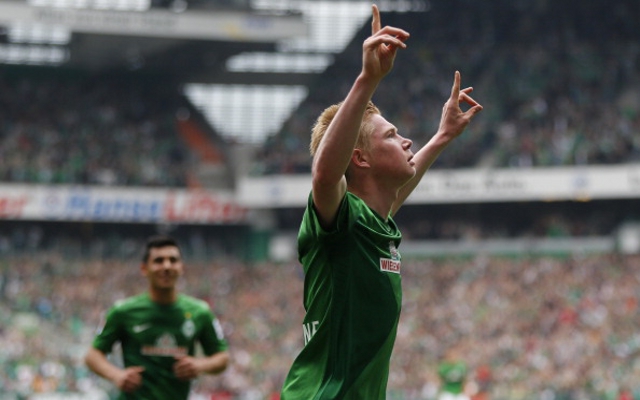 Chelsea youngster Kevin De Bruyne is confident about making an impact at Stamford Bridge this season, saying he has improved as a player since his loan spell with Werder Bremen.

In an interview with FIFA.com, the Belgian starlet feels he has managed to make an impression on manager Jose Mourinho during pre-season, and that he is not daunted by the quality of competition in the Blues squad.

The 22-year-old earned rave reviews during his time in the Bundesliga, and was thought to be a top target for big clubs such as Borussia Dortmund and Bayer Leverkusen this summer.

However, despite speculation that Chelsea would be willing to listen to offers for the attacking midfielder, he appears now to be part of the first-team picture at the club.

“I know that the squad is packed with quality and that competition for places is intense, but I also know that I can do it,” he said.

“I’m a very confident person. During pre-season training, I was able to show what I could bring to the team – that was important. My versatility should play in my favour, and the fact that Jose Mourinho has been speaking to me regularly has made things a bit easier.

“I’ve improved since last season; my time at Werder Bremen was really beneficial.”

De Bruyne can play in a number of positions behind the main striker, but will have the likes of Juan Mata, Eden Hazard, Oscar and Andre Schurrle to compete with for a starting spot.