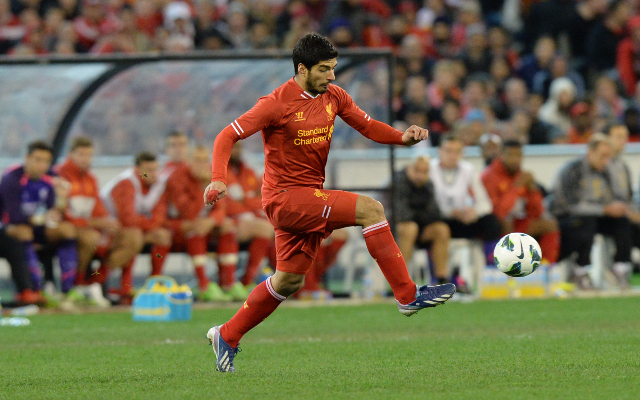 The striker has back tracked on comments he reportedly made earlier about wanting to remain at Liverpool.

Liverpool will look to get clarification from Luis Suarez about several conflicting statements that the striker has made over the past few days, the Guardian reports.

On Wednesday, Suarez reportedly told Uruguayan newspaper El Observador that he wanted to remain with Liverpool, with the fans persuading him to stay.

However, after Uruguay’s 4-2 victory over Japan in a friendly, Suarez claimed that he didn’t make those comments, meaning he still looking to leave Liverpool.

Reds manager Brendan Rodgers will be looking to talk to Suarez over the next few days about his comments and will hope that the striker has finally realised that he won’t be sold.

Suarez will return to Liverpool before the clubs first match of the Premier League season, which is at home to Stoke City and he could announce his intentions to stay before the game, giving the club a huge boast.

At present, neither the player or his agent, Pere Guardiola, have said that Suarez wants to remain at Liverpool but officials on Merseyside will hope that their hard line stance has worked and the player will then commit to the club for the foreseeable future.