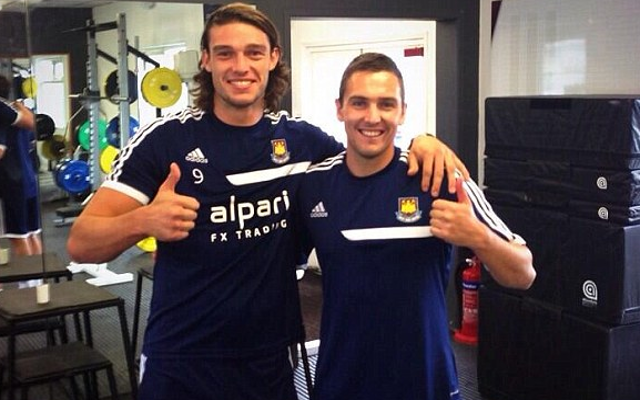 New boy looking forward to getting started in London.

New West Ham United winger Stewart Downing has said that he cannot wait to started for the club and is looking forward to hitting the ground running, the Daily Mail reports.

The 29-year-old completed a medical on Monday night and put pen-to-paper on a deal to join the Upton Park outfit in a deal that represented a £14 million loss for Liverpool.

And the news was instantly greeted with delight by West Ham’s former Liverpool striker Andy Carroll, who wrote on Twitter: “Great signing for us today! #cantwaittobeback #bargain”.

And speaking to the club’s official website, Downing expressed his excitement at getting started on the new season.

“I’m very excited. It’s a great opportunity for me being here, it’s a great club and I’m really excited to get going.

“I’m ready and I’m fit for the first game against Cardiff City. I’ve played a decent few games for Liverpool in pre-season, so there will be no problems on that front.

“It’s all happened quickly, but I’m really excited and hoping to play a part on Saturday.”

Downing’s £6 million capture quickly followed on from the £15.5 million signing of his fellow teammate from Liverpool, Andy Carroll, meaning Sam Allardyce has now spent £21.5m signing two players who cost a combined £55m when they went to Anfield.