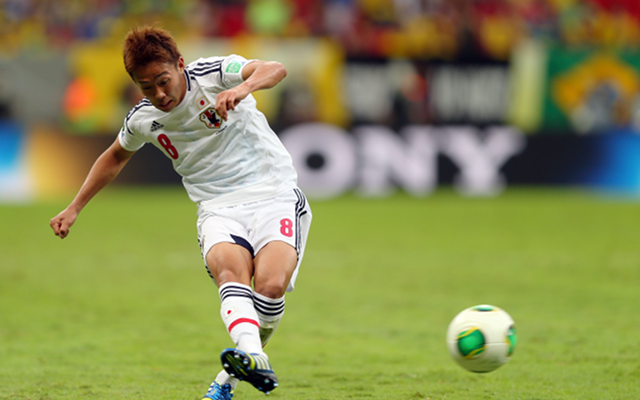 Villa’s Japanese pursuit appears to be over.

Nurnberg midfielder Hiroshi Kiyotake has sought to put distance between the rumours linking him with Aston Villa by claiming that he wants to stay with the Bundesliga side, Sky Sports reports.

The 23-year-old joined the side from Japanese club Cerezo Osaka last summer and has impressed with his first season in German football. His good form brought attention from Aston Villa, who were keen on acquiring the playmaker’s services and have already had one bid rejected, with speculation a second bid could be in the post.

Nurnberg have made their feelings clear that they intend to keep a hold of the player at all costs this summer, and whilst Kiyotake has admitted to being flattered by the interest shown in him from the Premier League side, he has echoed the club’s sentiments over his future.

“I am a player well honoured by transfer options but this [a move to Aston Villa] is definitely something I consider as done,” he said.

“I am with Nurnberg and I am feeling fine about it. I am focused on Bundesliga action. At this moment in time I am not keen on Premiership football.”