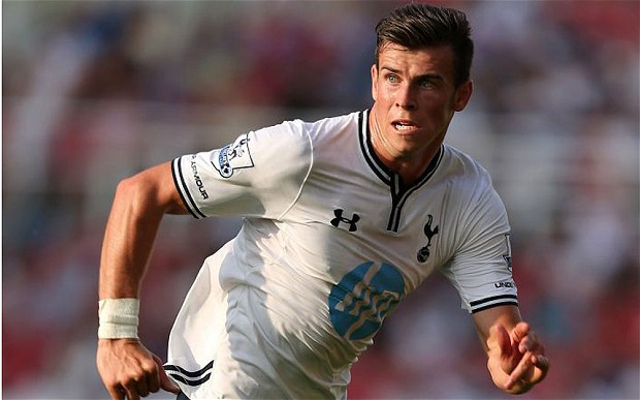 Spanish side ready to wait until last day of tranfer window to sign forward.

Real Madrid are confident that Gareth Bale will complete a transfer to the Spanish capital from Tottenham before the end of the transfer window according to The Sun.

Madrid are known to have been admirers of Bale for some time and are thought to have made him their top summer target.

But Spurs are desperate to keep hold of last season’s PFA Player of the Year and will not let him go without a fight.

Tottenham have reportedly already turned down an £81 million offer from Real for Bale’s signature, despite the fact that fee would set a new world transfer record.

Spurs chairman Daniel Levy is a notorious negotiator and will try to get everything he can from Madrid should Bale decide to leave White Hart Lane.

Tottenham and Real Madrid are thought to share a good relationship following the sale last year of Luka Modric.

But that has appeared to matter little in recent weeks with both sides keen to stand their ground.

Real remain sure of landing their man though and are prepared to wait until the last days of the transfer window to complete the deal.

The Spanish giants hope that as the window draws to a close, Tottenham will buckle under the increased pressure of securing a deal on time.