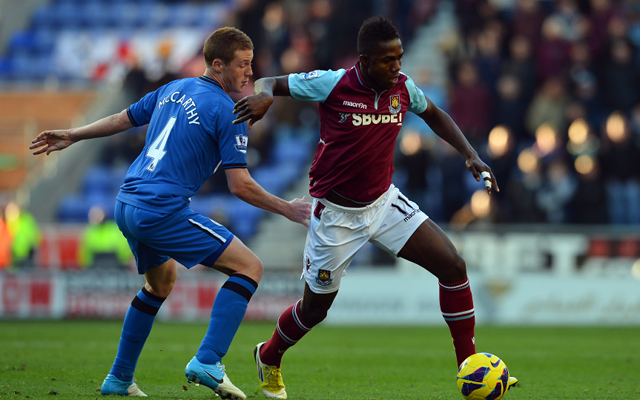 The Malian international only joined the east London outfit last summer after they managed to prize him away from Sochaux, but he could now find himself back on his way to France after a single unsuccessful season in the Premier League.

The 25-year-old failed to hold down a regular first team spot with the Hammers, which prevented him from replicating the red hot form he displayed in Ligue 1 the previous season.

St Etienne would be willing to offer him a route out of East London, as they step up their search for a replacement for Pierre-Emerick Aubameyang – who has linked up with Borussia Dortmund.

“Maiga is a player we have studied,” Romeyer told beINSPORT.

“Maiga is one of the options we have looked at, but there are other players. We will make a signing as soon as possible.”

He made just 16 appearances last term, scoring just four times. His first came early on in a Capital One Cup tie against Crewe Alexandra, but he had to wait until October before notching his first strike in the league in the clash against Southampton.