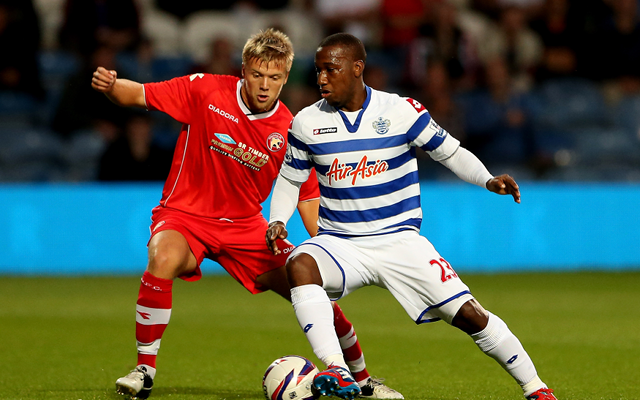 Potters are still looking to strengthen ahead of the new top-flight campaign.

Stoke City are interested in signing Queens Park Rangers attacker Junior Hoilett this summer, according to reports in the Daily Mirror.

New Potters boss Mark Hughes knows the 23-year-old well from their time working together at both Blackburn Rovers and at Loftus Road, with the Welshman said to have been impressed with the wide man’s abilities.

Hoilett spent three seasons at Ewood Park between 2009 and 2012, during which time the Canadian managed to score 12 goals in his 81 league outings for the club.

However, after refusing the offer of a new deal at Blackburn, Hoilett opted instead to move south to QPR in July 2012 on a four-year deal for a fee that was decided upon by a tribunal.

However, despite his best efforts, QPR were still relegated from the top flight come the end of the previous campaign, and with Hoilett now plying his trade in the Championship with Harry Redknapp’s men, Stoke feel that they have an excellent chance of persuading the youngster to move to the Britannia stadium this summer.