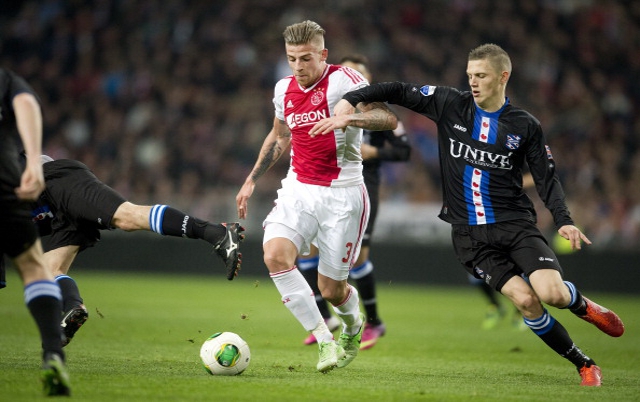 Russian side Spartak Moscow are also interested in the Belgian centre-back, who only has one year remaining on his contract at Ajax.

Tottenham are in talks with Ajax about signing defender Toby Alderweireld, the players father has announced.

The Daily Star reports that both Tottenham and Spartak Moscow are in discussions with Ajax about signing the highly rated defender and Vic Alderweireld thinks his son will be able to look at his options by the beginning of next week.

He was quoted by Belgian newspaper Nieuwsblad as saying: “Both teams are negotiating.

“If they come to an agreement, then we go around the table”.

“After the weekend we will sit down together anyway to scroll through his options”.

“About ten days ago we heard through the grapevine that Tottenham would take anything, but that’s just preliminary. ”

The Belgian defender has only one year remaining on his current contract with Ajax and looks certain to leave the Dutch giants this summer, with the Premier League being his most likely destination.

Tottenham appear to be in pole position to sign Alderweireld but both Liverpool and Everton are interested in the defender and could enter into discussions with Ajax before the end of the week.