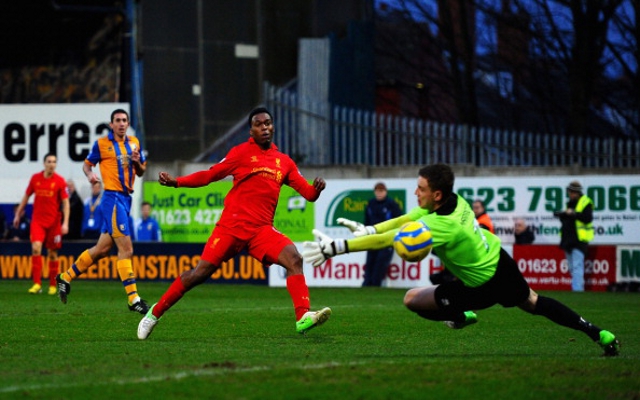 Liverpool manager Brendan Rodgers says he believes Daniel Sturridge can be one of the star players of the Premier League this season, according to the Daily Express.

The 23-year-old has had a strong start to his Anfield career, having moved to Liverpool from Chelsea in January for around £12million. The England international managed 11 goals and 5 assists in just 16 games for Rodgers’ side in the second half of the 2012/13 season.

After a full pre-season with the club, Rodgers is now expecting Sturridge to keep improving, and believes he has all the qualities to be a contender for the golden boot at the end of the season.

“He’s shown in particular over the last few weeks that with his power, his pace, his quality and his finishing that I believe he can be up there,” Rodgers said.

“He needs numbers this year because that’s important for him. He needs to score goals and create goals – if he does that, while working hard, I think England will have one of the top strikers in the Premier League.”

Much of this summer for Liverpool has been dominated by stories of Luis Suarez’s possible departure from the club, with the Uruguayan enjoying an excellent season in front of goal last year and attracting interest from all around Europe.

The striker would no doubt be a big loss to the club, but Rodgers clearly feels he has other players at the club capable of delivering the goods upfront.