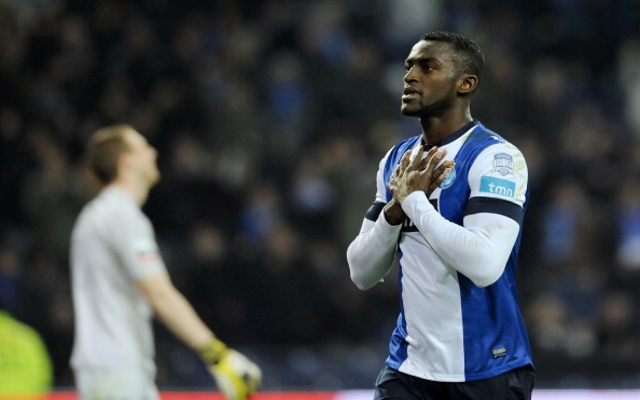 Jackson Martinez next on Mourinho’s shortlist.

Chelsea have been linked with yet another striker target, with the Metro claiming that they will make a £25million bid for Porto’s Jackson Martinez, after giving up on Wayne Rooney.

The Manchester United man has been Jose Mourinho’s main target for much of this summer, but with David Moyes insisting that he is not for sale for any price, the Blues have been forced to consider other options.

Anzhi Makhachkala striker Samuel Eto’o seemed to be the next in line for Mourinho, though there are concerns that the club would not be able to meet his enormous £300,000-a-week wage demands.

Speculation has risen earlier today that Monaco striker Radamel Falcao could be available again this summer after a tax dispute with Ligue 1, but it could be his fellow Colombian Martinez that Chelsea turn to next.

The 26-year-old has a great first season in Portugal last year, scoring 34 goals in 43 games for Porto, and has been on the radar of a number of top European clubs this summer.

The likes of Liverpool and Borussia Dortmund have been thought to be chasing him, but Chelsea will now make an opening offer of £25million for the clinical finisher.

Chelsea manager Mourinho is also known to be keen on another Porto player, Eliaquim Mangala.