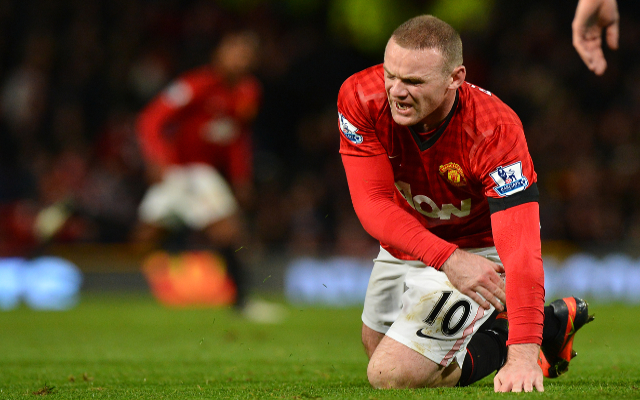 Stamford Bridge side preparing to pull out of race for England star.

Chelsea are ready to put a deadline on how long they are willing to maintain an interest in Manchester United striker Wayne Rooney according to The Express.

Rooney has been strongly linked with a move away from Old Trafford amid continued reports about the player’s unhappiness at the club.

It is thought Rooney’s frustration stems from the fact that he is no longer considered first choice striker following the arrival of Robin Van Persie last summer.

Rooney feels he is in the form of his life and refuses to play second fiddle to any other player.

Chelsea boss Jose Mourinho is known to be a firm admirer of Rooney and sought to capitalise on the player’s unhappiness by publically declaring the striker would be the club’s sole summer transfer target.

But Manchester United are refusing to sell, insisting that they will reject any offer as a matter of principle.

Chelsea remain confident of securing a deal as Rooney is keen on a move to Stamford Bridge but with the end of the transfer window drawing near, the club have set a deadline of August 26, at which point they will turn their attention elsewhere.

Chelsea have been linked with a move for Samuel Eto’o after his club, Anzhi Makhachkala put their entire playing squad up for sale.