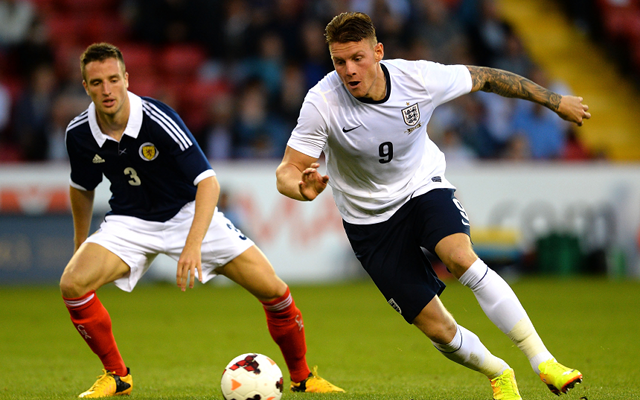 Young forward set to stay and fight for his place.

Sunderland striker Connor Wickham has laughed off claims that he is set to quit the club this summer and has instead intimated that he is willing and ready to fight for his place in Paolo Di Canio’s side, Sky Sports reports.

The England under-21 international spent part of last season on loan with Sheffield Wednesday and has once again been linked with a return to Hillsborough, whilst Bolton Wanderers are also reported to be interested in taking him away from the Stadium of Light.

However, Wickham has said that he has no plans on quitting the club just yet, instead stating his desire to stay and win a regular spot in the Black Cats starting XI.

“I don’t have any plans to move away,” Wickham told The Journal. “I want to break into this team, into a Premier League side. That’s my aim for this season.

“It’s just down to myself to get into the team, no one else can do it but me.

“So my aim is to stay here and work hard, and get into this manager’s team. I hope he wants to get the best out of me. He wants to help me every day, he tells me where I can improve.

“It’s when a manager stops trying to help you that you need to worry. For me, the manager’s doing all he can, he’s given me a fair crack on the training pitch.

“He’s always watching, and trying to help the strikers especially. So it’s a good chance for me to show him that I’m capable of doing the things he needs.”