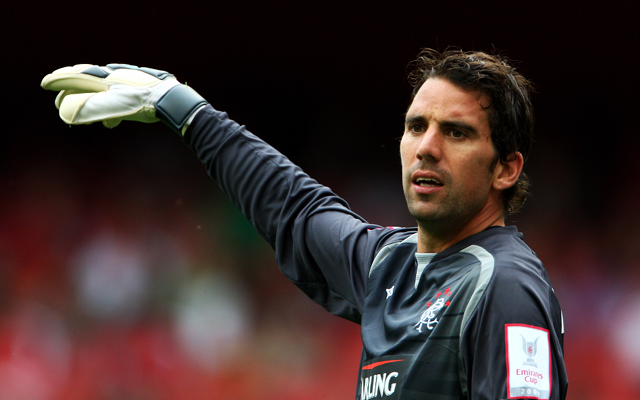 The 35-year-old has put pen-to-paper on a one year deal with the south London club after being released by the Ibrox outfit at the end of last season.

Alexander has expressed his relief at finally being able to commit his future to someone after an anxious summer left him fearing that his time within the game was up, but he is now counting down the days to the club’s season curtain raiser against Tottenham this weekend.

“It has been a really tough summer. I had no idea what was going to happen and as the season got closer I wondered if I’d get a club,” he said.

“The wondering and the waiting was hard because you just don’t know what will happen next. So it’s fantastic that I have managed to sign for Crystal Palace and I can’t wait to get going.

“It’s only for a year but there has been a discussion on extending that if things go well so it’s up to me to rise to that challenge.

“This is a fantastic opportunity. Julian [Speroni] is the No.1 and has been for a while but if I can push him hard then you never know.

“I realise Palace are favourites to be relegated but it’s up to us to do something about that.”