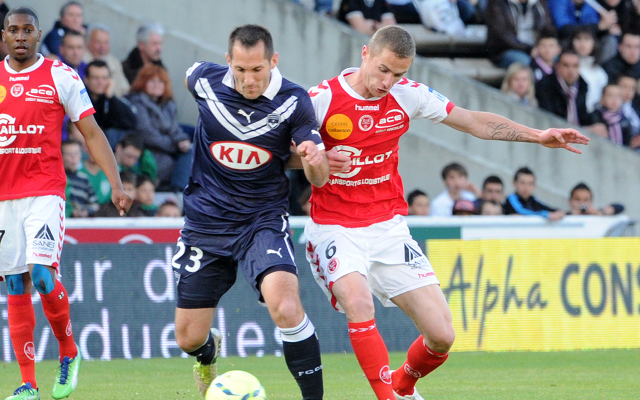 Crystal Palace are set to sign their eighth new player this summer in the shape of Bordeaux full back Florian Marange, Sky Sports reports.

According to French newspaper L’Equipe the 27-year-old has turned down the interest of a number of club’s across Europe to head to the Premier League and it now appears that Palace have won the race to land his signature.

The highly rated left sided defender has been with Bordeaux since breaking into their first team in the 2004/05 season but has only featured 83 times as well as spending loan spells with Nantes and Le Havre.

However, Palace weren’t the only side interested with bringing him on board with Italian side Livorno taking him on a two week trial, but they decided against offering a permanent deal.

Marange is quoted as saying: “I went there (Livorno), I met with their leaders. The project was interesting, it was playing 3-5-2, a formation I like. But after thinking, I chose Crystal Palace.

“I also had some contact with Brugge and Dinamo Moscow. I refused some proposals.

“Just ask any player where he dreams of signing and he will tell you the Premier League. This really is the best championship in the world.”