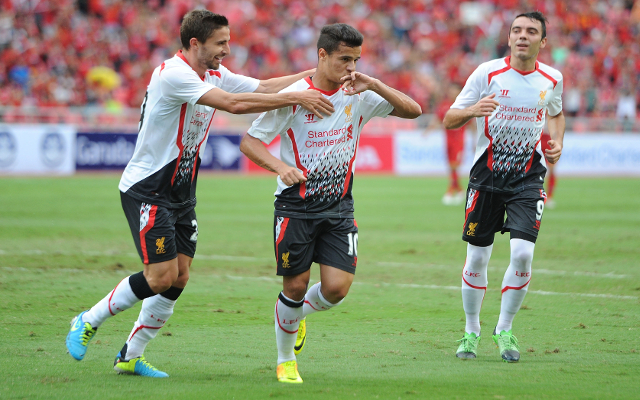 Brazil youngster hopes for place in national team next summer.

Liverpool youngster Coutinho admits it would be a dream to be involved in Brazil’s squad for next summer’s World Cup finals, Sky Sports reports.

The former Inter Milan player has settled in well at Anfield since his move in January, and is being tipped for big things in the Premier League this season.

The 21-year-old contributed 3 goals and 7 assists in just 13 appearances for Liverpool in the second half of last season, and impressed fans with his quick feet, skill and creativity from the middle of the park.

Although he faces a lot of competition in Brazil’s vastly talented squad of attacking players, he hopes that a good season for Liverpool can get him in the mind of national team boss Luiz Felipe Scolari.

“Of course, it is a dream of mine,” he said. “I need to have a good season at Liverpool, take my chances here and hopefully that would give me a chance of being called up for the national team.

“It would be my biggest step in football and I will do my utmost to be there.”

Coutinho only has one cap to his name so far in his career, and that came in 2010 when he had just burst onto the scene with former club Inter Milan.

A slight dip in form since then had seen him loaned out to La Liga side Espanyol and fade out of the international picture, though he has enjoyed a rejuvination since signing for Liverpool this year.