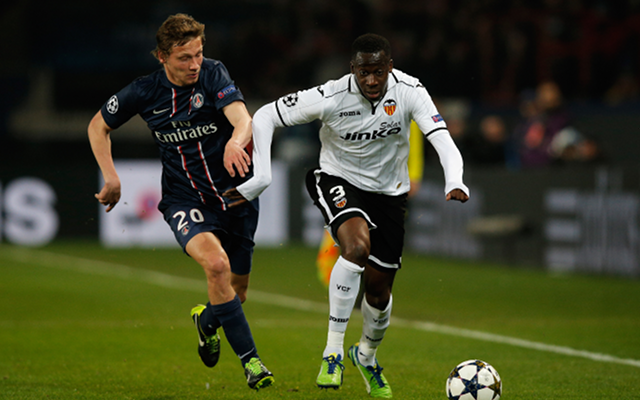 Liverpool have been successful in their hunt for a new left-back, after securing the services of Valencia’s Aly Cissokho on a season-long loan, Sky Sports have reported.

The Reds have been keen to find a new player in that position for much of the summer, and were thought to be focusing on Brazilian defender Guilherme Siqueira of Granada.

However, a deal for Cissokho to join on an initial loan with a view to a permanent deal looks all but complete, with official confirmation still to be issued by the club.

Cissokho only joined Valencia last season, after forging a successful career in France with Lyon, and previously in Portugal with Vitoria and Porto. The Frenchman also gained his first cap for his national team in 2011, and will be expected to provide competition for Jose Enrique at Anfield.

The Spaniard has been a decent performer for the club since joining from Newcastle in 2011, but Liverpool manager Brendan Rodgers has clearly been keen to add reinforcements in that area of the pitch for much of the summer.

Rodgers is also reportedly closing in on yet another signing, with Anzhi Makhachkala forward Willian believed to be keen on joining for around £30million.