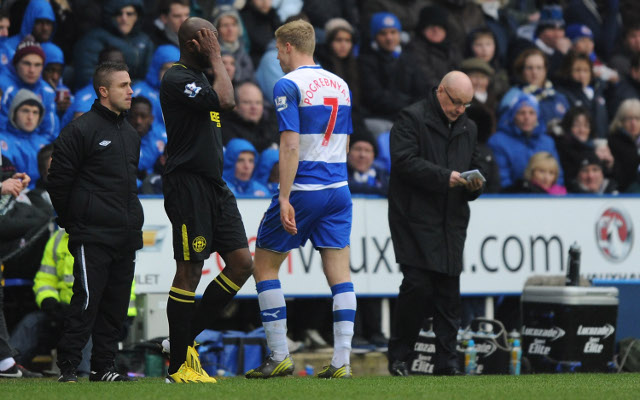 Reading striker Pavel Pogrebnyak has said that he is considering a return home to Russia this summer as he continues to mull over his transfer options, though at the same time has intimated that he will carry on giving his all for the relegated side in the meantime, Sky Sports reports.

The Russian international only joined the club from Bundesliga side Stuttgart last summer but could only manage to hit the back of the net five times as he failed to help the Royals keep the Premier League status.

The 29-year-old has featured in a grand total of nine minutes of Championship football across the club’s two games back at that level and now looks likely to depart before the transfer window shuts in September.

Reports have suggested that he could be in line for a return home with several sides showing an interest, though he has also been quick to play down rumours linking him with a move to Celtic.

“At the moment I have to concentrate on my club career. I can’t rule out that I’ll move to another club.” He told itar-tass.com. “But so far there’s nothing concrete. But at the present situation I think I’m ready to think over offers coming from Russia.

“I told him [Reading manager Nigel Adkins] that I’ve been trying to look for new possibilities as the transfer market is still open. But I stressed that if I stay then I’ll do my best to help the team to win promotion.

“I still have to understand the team’s football style in the new season. The football is quite special in the Championship, it’s based on long balls and throw-ins. Honestly, for me it’s not too interesting to play here. But I have the motivation – go back to the Premier League with the team.”

When quizzed on reported interest from Celtic and Rubin Kazan, Pogrebnyak added: “This news made me laugh. These are not true.”