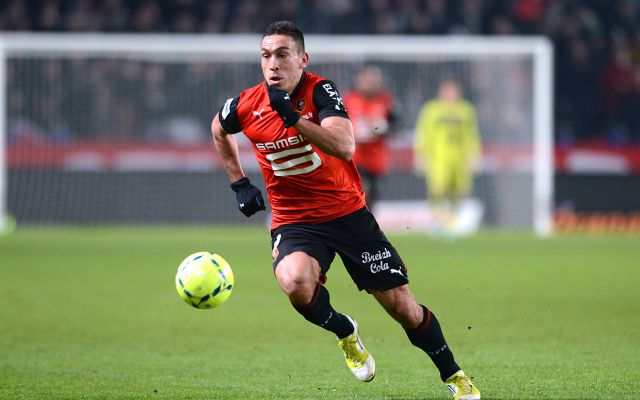 Stoke City are reportedly looking into the possibility of signing Turkish international striker Melvut Erding as they continue to look for reinforcements to their front line, the Daily Mail reports.

Potters scouts watched the 26-year-old in action for his country earlier this week as they took on Ghana in a friendly, but he only came on as a late substitute.

Stoke are keen to take Junior Hoilett on loan from Queens Park Rangers but want a proven finisher to help add bite to their attack, and reports suggest that they have now turned their attentions to Erding after seeing him score in last weekend’s Ligue 1 opener against Stade de Reims.

The club have so far been frustrated in their attempts to bring in a new striker, with Hannover issuing a hands off warning for ex-Manchester United forward Mame Biran Diouf and American international Juan Agudelo not joining until January.

Erding made a name for himself with Sochaux, breaking into the first team after enjoying a prolific record with the B team. His form there saw Paris Saint Germain take an interest and they moved to bring him in 2009. A productive first season aside, he could never fully establish himself after that and was sold to Rennes in the January transfer window of 2012.

Chelsea and Liverpool target will demand move in pursuit of European football May 27 2015, 13:11
Liverpool FC

Premier League team of the season with just one player per club: Kane & Aguero up front, Liverpool & Arsenal stars in midfield May 25 2015, 8:02
Liverpool FC