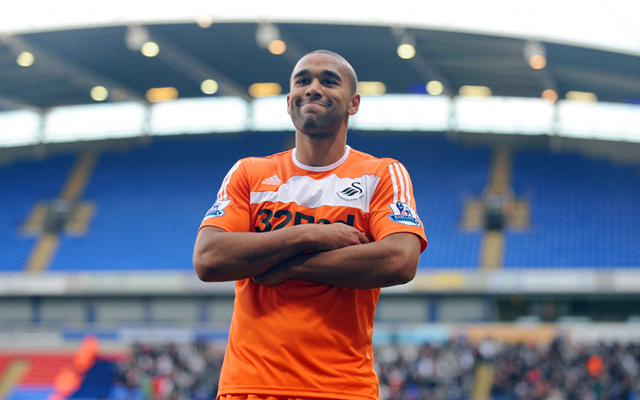 The 27-year-old has been told by Swans boss Michael Laudrup that he is free to try and find a new club this summer as he won’t be playing any major part in his plans for the upcoming season, and a number of clubs have been said to be interested in his signature.

And he may now look to try his luck abroad as Swansea have given him the go ahead to travel to Turkey to speak with representatives from Elazýgspor.

Moore agent Peter Morrison of James Grant, confirmed to Sky Sports: “Swansea have given us permission to fly to Turkey and open talks.

“We will be travelling in the next 24 hours and will discuss the options available to Luke.”

Moore began his career at Aston Villa where despite a bright start he ultimately fell foul of the side’s plans. A move to West Bromwich Albion followed soon after, but his meagre goal return meant that he was moved on to Swansea in 2011.

He had never been able to fully establish himself with the south Wales outfit and his three goals in 18 league appearances last term have been deemed as not good enough by the manager and will now ship him out to whoever is interested.