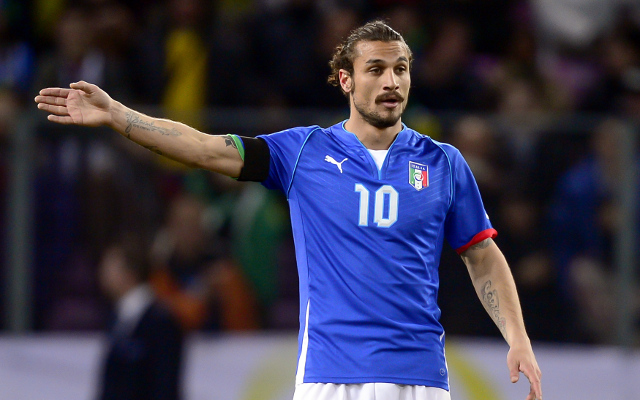 Tottenham are on the verge of completing the signing of Pablo Osvaldo from Roma according to The Sun.

The clubs are reported to have been locked in negotiations for weeks and the Italian international finally looks set to put pen to paper on a deal.

It is thought unlikely that the move will be completed in time for Osvaldo to feature in Tottenham’s game against Crystal Palace on Sunday.

Spurs are known to have been in the market for a new striker this summer. The club’s manager, Andre Vilas-Boas, has made no secret of his frustration with the performance of his two forwards last season.

Jermain Defoe started the season in blistering form but failed to maintain those performances beyond the New Year.

His strike partner, Manu Adebayor, disappointed many of the White Hart Lane faithful by failing to reproduce the form he showed during his loan spell the season previously.

That has prompted Spurs to look for attacking reinforcements over the last few months, with the club recently having completed the signing of Roberto Soldado for a new club record transfer fee from Valencia.

He looks set to form a mouth-watering partnership with Osvaldo, with the forward expected to cost somewhere in the region of £15 million.