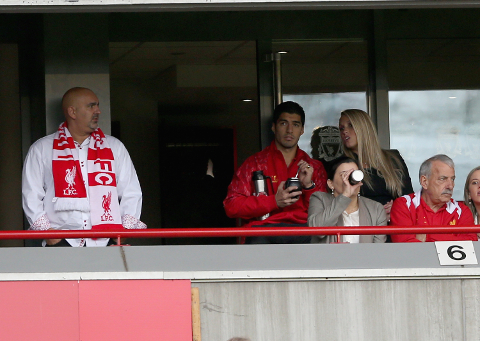 Arsenal head coach Arsene Wenger is set to embark on a huge £68 million summer spending spree as a result of the club’s shock opening-day 3-1 loss to Aston Villa at the Emirates on Saturday afternoon.

The north London club opened up their Premier League campaign with a home defeat for the first time since the Gunners lost to Norwich City at Highbury under the management of George Graham exactly 20 years ago.

And following the reaction of the home faithful, who made their feelings clear to Arsenal’s under-pressure boss on the full-time whistle on Saturday, the club’s chief executive Ivan Gazidis and American owner ‘silent’ Stan Kroenke have now decided to sanction a massive outlay on new transfers before the summer window slams shut for business for the year on Sept 2.

The names on Wenger’s  wish list as the Frenchman attempts to calm nerves in the capital are understood to be those of Liverpool front man Luis Suarez, Manchester City defender Micah Richards and Queens Park Rangers goalkeeper Julio Ceasr.

The Gunners’ long-running attempts to land Liverpool’s mercurial Uruguay international have been going on for some time now, with many believing the club had given up all hope of being able to persuade the Merseyside giants to part company with their star man.

In fact, the much-publicised deal had appeared to be dead in the water following recent comments by Liverpool’s principal owner John W Henry, who claimed that the Reds would not allow Suarez to move to the Emirates this summer under any circumstances.

However, that hard-line stance from the American is thought to only have been an attempt to secure the best possible deal financially for his club from any potential sale of the 26-year-old, and now with Arsenal understood to be readying a third and final club-record offer of £50m for Suarez, it is said that figure will finally be enough to persuade Liverpool to allow the forward to move to the Emirates.