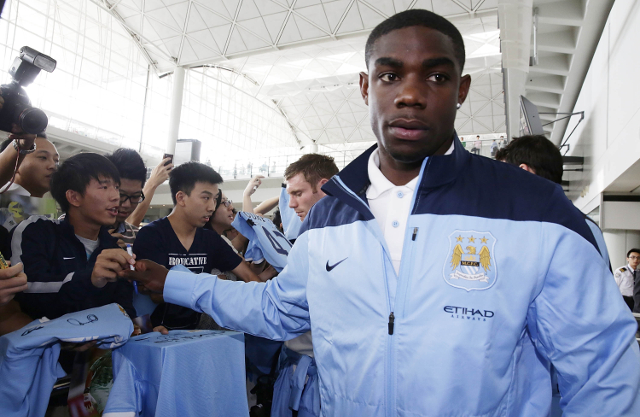 Arsenal are readying a move to sign Man City defender Micah Richards according to the Daily Mirror.

Arsene Wenger is keen to strengthen his defence and will wait to see if the 25 year old enjoys any significant involvement in Manuel Pellegrini’s side in the opening Premier League fixtures of the new campaign before launching a late bid for the England international.

Richards has two years to run on his current contract but has refused to put pen to paper on a new deal until he gets some idea of where he stands in relation to Man City’s new manager.

Wenger has seen his defence decimated by injuries with the likes of Thomas Vermaelen, Kieran Gibbs and Bacary Sagna all sidelined and as the Gunners boss has loaned out Johan Djourou and released Sebastien Squillaci the North London club are pretty much down to the bare bones of their defensive options.

Richards could feel that a move to Arsenal could re-ignite his career after a couple of trying seasons at the Etihad Stadium, not least as it seems that Pablo Zabaleta has made the right-back berth his own and youngster Matija Nastasic has formed a solid pairing alongside captain Vincent Kompany.

A mixture of poor form, injuries and a drop down the pecking order has left Richards amassing just 46 Premier League starts over the course of the last three seasons, this in turn has led to the defender being dropped from the England team set-up.

Richards has made a total of 232 appearances for Man City.