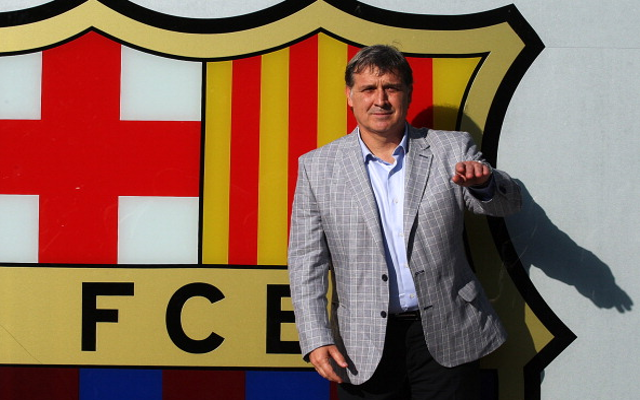 Gerardo Martino insists he is happy with his current options at the back and will strengthen the team in January if he needs to.

It was thought Martino was desperate to strengthen Barcelona’s squad this summer following several poor defensive displays from the Catalan club last season.

However, “Tata” claims that he is happy with the current make-up of Barcelona’s defence and believes that he will be able to make changes to his team in January if he needs to.

Speaking in a press conference ahead of Barcelona’s opening La Liga match against Levante, Martino said: “We have Puyol, Pique, Mascherano, Bartra, even Adriano. If there’s an injury, January transfer window is only a few months away.”

Some reports had suggested that Barcelona were interested in signing Agger and Luiz and that the Catalan club had submitted bids for both players.

The bids were reportedly rejected by both Chelsea and Liverpool, who are keen to keep hold of the defenders and although reports had suggested that Barcelona would return with improved offers, Martino’s comments seem to rule out that possibility.

Barcelona suffered with injuries to key players in defence last season, with Carlos Puyol out for most of the season.

Puyol should play more of a part this season while Martino will hope that key players such as Gerard Pique don’t suffer any long term injuries.