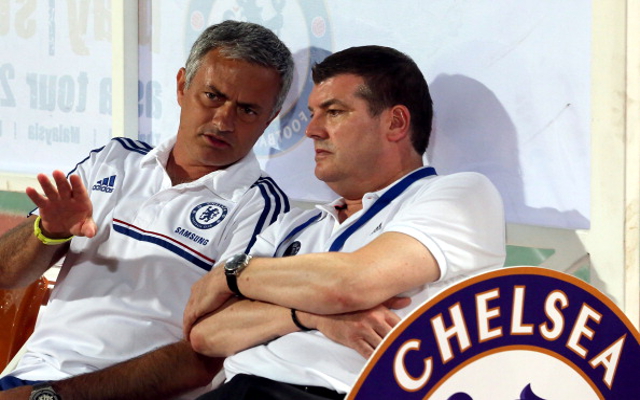 Chelsea are lining up a £25million bid to sign Porto striker Jackson Martinez, reports the Metro.

Blues manager Jose Mourinho is keen on bringing in another forward for competition with Romelu Lukaku and Fernando Torres, and are readying a £25million bid to sign highly-rated Porto attacker Jackson Martinez. They see Martinez a more likely signing than Wayne Rooney, as United are reluctant to sell to a main Premier League rival.

Chelsea have seen bids of £25million and £30million turned down by Manchester United for striker Wayne Rooney, and are ready to end their pursuit of the England international. United insist that Rooney will remain at the club, which has forced Chelsea to search elsewhere to solve their forward problem. With 34 goals in 43 matches for Porto last season, Mourinho is hoping to tie up a deal for Jackson Martinez by the end of the month.

The 26-year old Colombian attacker has a £35million release clause in his current contract, and Porto want to resign Martinez to a new four-year extension, but the player has revealed he hasn’t signed an extension, and says he still could leave the club, according to the Express. “Today the question I have is whether I extend my contract or go elsewhere. Apart from that there is nothing else to say.” He told A Bola.

Chelea are also reportedly considering signing Samuel Eto’o from Anzhi Mackachkala. The Russian club are forced to sell some of their highest earners at the club, including the likes of Eto’o, Willian and Diarra, but the Cameroonian is demanding £300,000-a-week to team-up with former manager Mourinho at Chelsea.