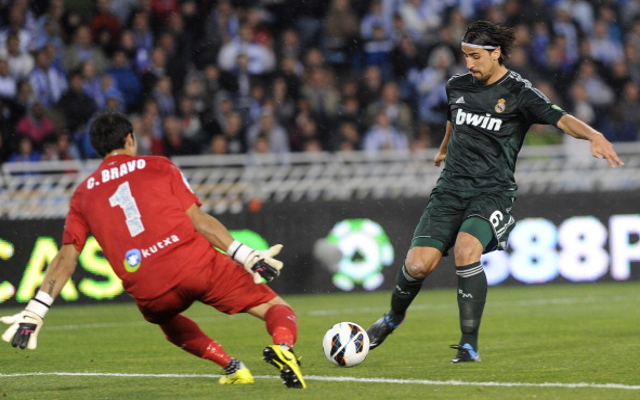 The agent of Real Madrid midfielder Sami Khedira has denied speculation that his client could be set to leave the Bernabeu this summer, according to Goal.com.

The German international has supposedly been keen to seal a move away from the club, with reports earlier this week suggesting a move to French champions PSG could be close to completion.

Chelsea have also shown a strong interest in the 26-year-old, with former Real Madrid manager Jose Mourinho known to be a fan of Khedira, though he may now have to turn his attention to other midfield targets, with Roma’s Daniele De Rossi widely believed to be high on his list.

Khedira’s place in Carlo Ancelotti’s side had looked under threat after the arrival of Asier Illarramendi from Real Sociedad, but his agent Jorg Neubauer says there is nothing to the current rumours.

“Sami will play at Madrid in the upcoming season,” Neubauer said.

“I don’t know who seems to think it’s fun to spread rumours about his future. It’s annoying and hurts Sami.”

The Spanish giants could also be facing bids from Manchester United for a number of their players, with David Moyes’ side being linked with an interest in midfield quartet Luka Modric, Mesut Ozil, Kaka and Angel Di Maria.

Gonzalo Higuain and Jose Callejon have already left the club this summer, as they have hoped to raise funds to pursue the big-money signing of Tottenham’s Gareth Bale.