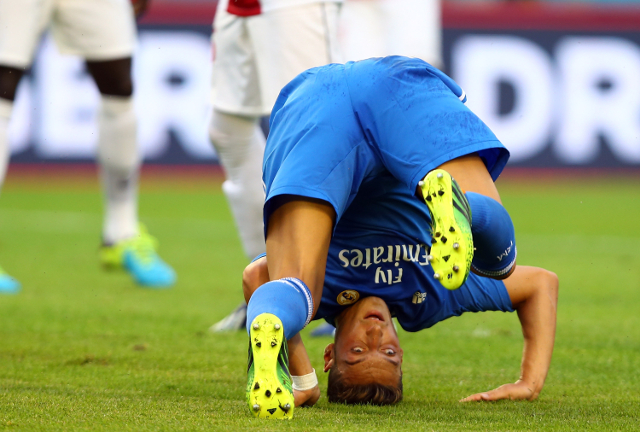 Old Trafford side linked with audacious move for Bernabeu duo.

Man United are reportedly looking to get their summer spending well and truly underway this summer with an ambitious move to sign Real Madrid pair Kaka and Mesut Ozil according to Spanish source El Mundo Deportivo.

The Old Trafford side, who could well do with freshening up their midfield, will apparently make an offer of €55m (£46m) for Kaka and Ozil, both of whom could indeed add some much needed creativity to the squad David Moyes inherited from retired boss Sir Alex Ferguson.

Brazilian Kaka could well be considered surplus to requirements at the Bernabeu and the former AC Milan man has struggled to really get his career going in La Liga, injuries and average form hampering his progress, however efforts to bring in German international Ozil seem hugely unlikely.

The talented playmaker has been the creator in chief at Real Madrid and over the past three seasons no player has provided more assists in the Spanish top tier and the 24 year old has also managed to net 27 goals over that period to boot.

The 24 year old former Werder Bremen man is a pivotal player at Real Madrid and even though Real Madrid have brought in Isco and covet Gareth Bale but it is not likely to be Ozil that sees his place under threat, such is the impact he has made during his time at the club.

Moyes doesn’t have a vast array of central midfield options and those at his disposal do not offer all that much in the way of creativity or a goal threat. Michael Carrick is by some distance the most dependable option he can select at present with Anderson flattering to deceive, Tom Cleverley blowing hot and cold and Darren Fletcher continuing to recover from illness.