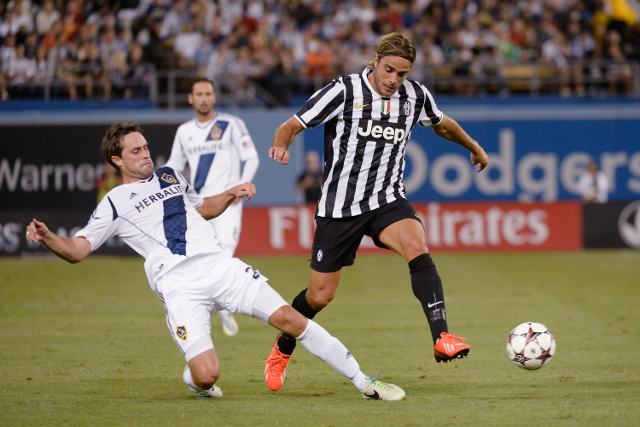 Newcastle United are the latest side to take an interest in experienced Juventus striker Alessandro Matri according to the Metro.

The Magpies have ‘sounded out’ Matri’s agent and the Italian international can apparently be picked up for a bargain price of just £6m, a fee that both Everton and Sunderland are apparently unable to raise.

Pardew has brought in Loic Remy on loan from QPR but has seen his St James’ Park side fail in their advances for Lyon forward Bafetimbi Gomis and could well do with further striking additions having failed to effectively replace Demba Ba, who left for Chelsea in January.

Newcastle United managed just 45 goals in 38 Premier League fixtures last term and Pardew may feel that Matri could provide them with further firepower.

The former AC Milan man has proved a consistent goal-scorer since moving to Juventus from Cagliari in January 2011, scoring 27 goals in 69 Serie A appearances and helping Antonio Conte’s side to back to back domestic titles. However the arrival of Carlos Tevez and Fernando Llorente from Man City and Athletic Bilbao will undoubtedly see Marti’s first team opportunities limited.