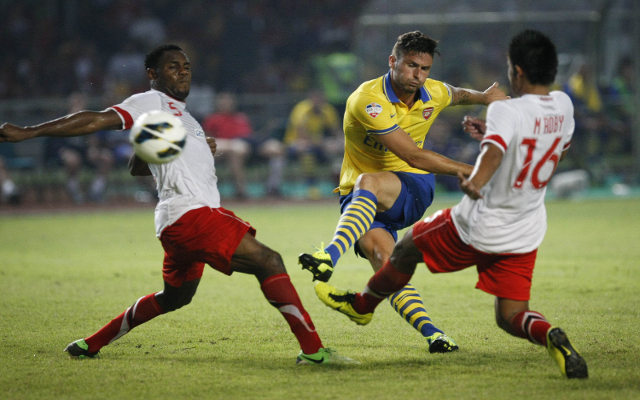 The 26-year-old arrived last summer from then Ligue 1 champions Montpellier but went on to endure a mixed debut season in England that saw him bag 12 goals.

And due to Wenger’s apparent feet dragging in the transfer market Giroud has been forced to shoulder the burden of the goalscoring duties alone, and he has since echoed the fans pleas for him to land a new front man.

Speaking to French publication Le Parisien, Giroud said: “In my opinion, it’s necessary for the club to recruit another striker.

“Obviously, I think about it a little bit. It may change the play one day, especially if it’s a high profile signing.

“It’s useless lamenting this though. I know what I have to do and what I’m capable of. I’m focusing on me and my work. The coach is counting on me, so I don’t think too much.”

So far this summer Arsenal have appeared to have missed out on the likes of Gonzalo Higuain of Real Madrid and Liverpool’s Luis Suarez. Wenger has reportedly made an enquiry for Swansea City’s Michu, but they have told him that it will cost £25 million to prize the Spaniard away from the Liberty Stadium.