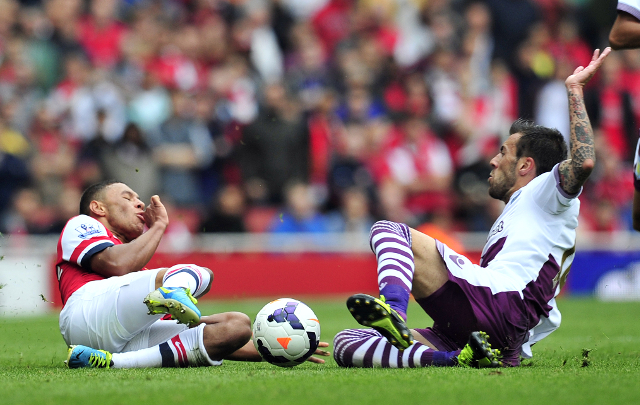 Englishman may have suffered ligament damage in Premier League opener.

Arsenal are facing the prospect of being without midfield player Alex Oxlade-Chamberlain for up to three months after the Englishman was injured in the club’s shock opening-day 3-1 loss to Aston Villa at the Emirates on Saturday afternoon, according to reports in the Sunday Mirror.

The England international appeared to suffer a serious-looking knock to his left leg against Paul Lambert’s side to cap off what was a miserable start to the new Premier League season for Arsene Wenger’s side, who also had key centre-back Laurent Koscielny sent off for a second bookable offence in the second half.

And now the north London club face an anxious wait to discover the full extent of the damage down to the 20-year-old wide man, with the potential of Oxlade-Chamberlain being out of action for as long as three months if, as first feared, he has suffered ligament damage.

If that were to be the case, it would represent yet another cruel injury blow for Wenger, who is already without the likes of central defender Thomas Vermaelen, left-back Nacho Monreal and midfield player Mikel Arteta through injury, while the Frenchman also lost left-back Kieran Gibbs against Villa on Saturday after the England international was unable to complete the match after taking a knock.