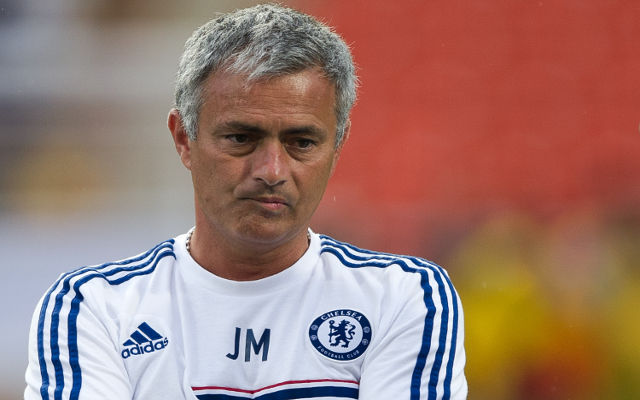 Chelsea have made Rooney their main transfer target this summer but have been frustrated by Manchester United’s reluctance to sell the England international.

Jose Mourinho has said that Chelsea are still interested in signing Manchester United striker Wayne Rooney but insists that their pursuit of the striker will remain “ethical”, Goal.com reports.

The Blues have had two bids for Rooney turned down by Manchester United but reports suggest that Chelsea are preparing a final bid before the transfer window closes on September 2nd.

Rooney is believed to be interested in moving to Chelsea and Mourinho has confirmed that the Blues are still hoping to sign the 27 year old.

“We will try until the last day to add a new player to the squad, a striker,” said the Chelsea manager.

“But in this moment every striker has a club, every striker belongs to somebody and I don’t think it’s ethical that I name players that belong to other clubs.

“If we have to make the bid we make it in an official way. We don’t speak to players, we speak to clubs.

“We don’t try like many clubs do go around and try to influence players to behave in a certain way we go direct to the club in the correct manner and we are going to try that until the last day of the transfer window.”

Chelsea are desperate to sign a quality striker before September 2nd but are being frustrated in their pursuit of Rooney by Manchester United, who are refusing to sell one of their best players to a Premier League rival.

Mourinho has reportedly lined up Samuel Eto as an alternative to Rooney if the striker does remain at Old Trafford.