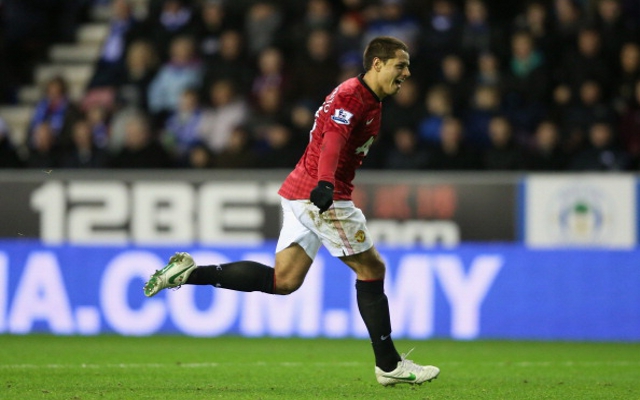 Mexican international to stay and fight for place at Old Trafford.

Manchester United striker Javier Hernandez has rejected the chance to join La Liga side Valencia, with the Daily Mirror reporting that he will stay and fight for his place at Old Trafford.

The player’s agent Eduardo Hernandez confirmed that talks had taken place with the club, but that the 25-year-old has opted to remain a United player for the time being, and that he hopes to make an impact for the side this season.

“The interest from Valencia was real,” he said. “He had the chance to speak with the sporting director [Braulio Vazquez] but Javier, I reiterate, wants to stay at Manchester United, this is the challenge.

“He was very grateful to Valencia and the other clubs who called him.

“He knows it’s a very competitive club and that he has to fight to play every day, in the dressing room and on the training ground, but he’s not scared, he says he’s more motivated than ever.

“Now, with the new manager, he has a lot of hopes, a big desire to play and to grow as a footballer. This season is a new challenge for him.”

Valencia had been hoping to sign Hernandez as a replacement for the recently-departing Roberto Soldado, as the prolific striker moved to Tottenham in a £26million deal.

Hernandez has also been linked with the likes of Atletico Madrid and Juventus this summer, with speculation mounting that he was surplus to requirements at Manchester United.

However, with Wayne Rooney’s future still up in the air, and a lack of signings brought in, Hernandez could still play a key role for new manager David Moyes this season.