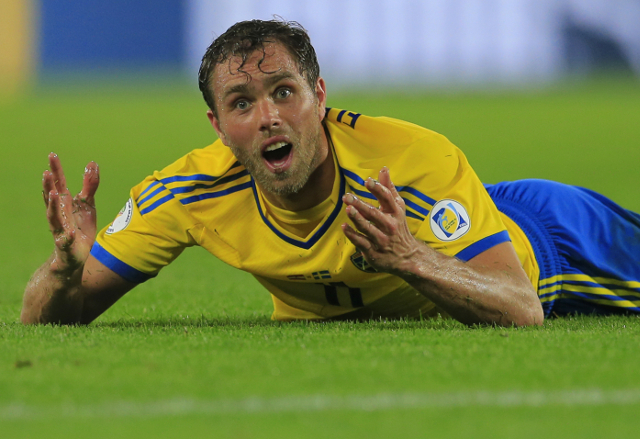 Norwich City are close to securing a deal for Galatasary striker Johan Elmander according to The Daily Mail.

The 32-year old has just one year remaining on his current deal with the Turkish giants and cut be available at a cut price fee.

It is thought that the Canaries could sign Elmander for as little as £500,000. Elmander continues to be in prolific form for his club having netted fourteen times last season.

He is still fondly remembered by Bolton fans for his goals at the club back when they were still in the Premier League.

Norwich have invested heavily in new players this summer and have already signed a number of strikers.

They splashed out a new club record fee on the signing of Ricky Van Wolfswinkel from Sporting Lisbon.

That was shortly followed by the arrival of Gary Hooper from Celtic.

It is thought that City manager Chris Houghton could also be eyeing up a move for Brescia striker Andrea Caracciolo.

The 31 year old was in impressive form for his Serie B side last season with 16 goals in just 28 games. It is thought that Caracciolo would also be available for a cut price fee which could pave the way for a move to Carrow Road.